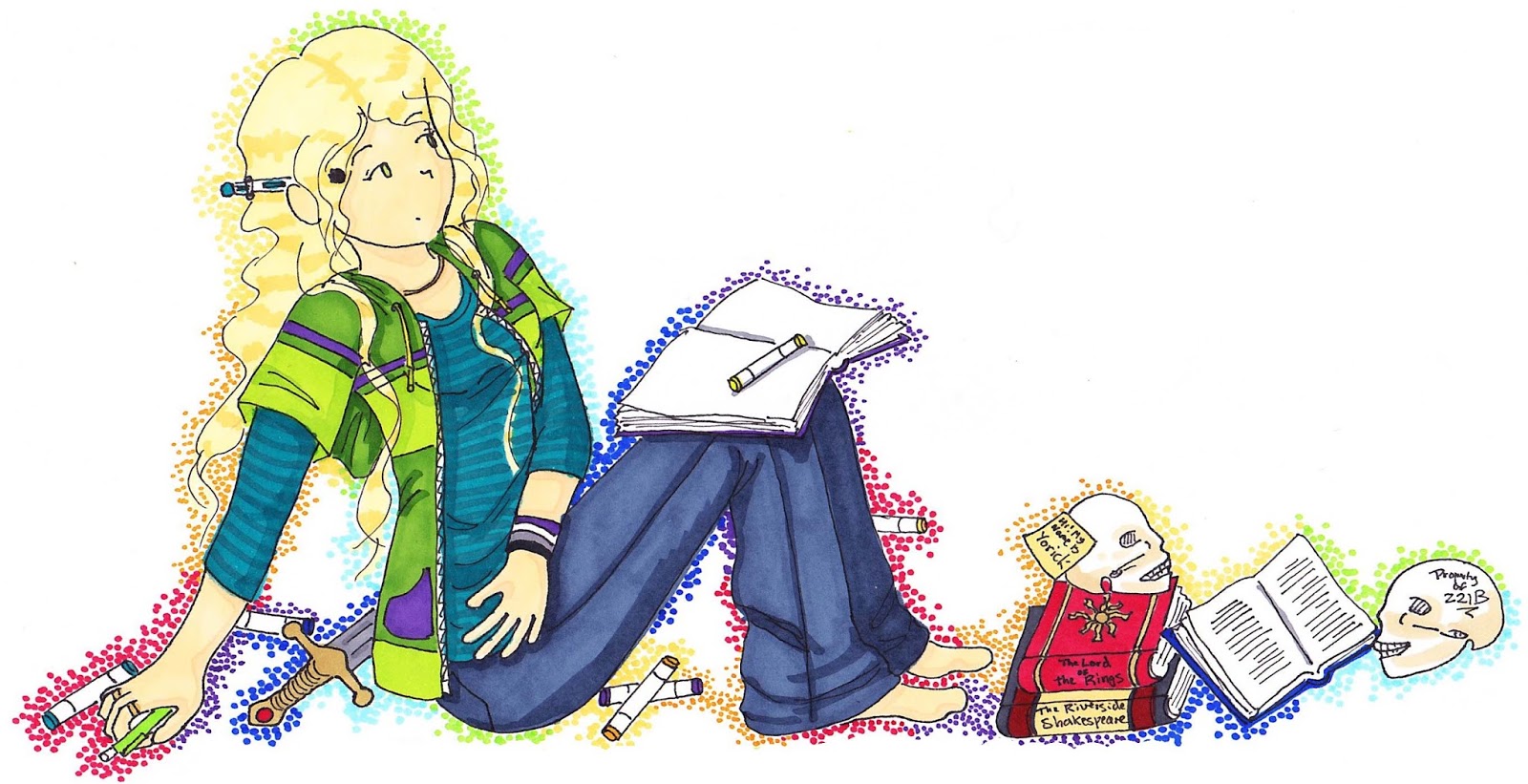 I should begin with an apology for my prolonged, unexplained, and unexpected hiatus:

In mid-August I began a new full-time job as well as taking on three part-time jobs, resulting in twelve hour workdays that left little time for reading or blogging. A work-related injury complicated matters and it has been painful to write or draw for the past five months. I am in treatment and I have just (last Thursday) quit the aforementioned job, leaving me free to return to this blog and give it the attention it deserves.

For the first time in my life, I've actually accumulated a stack of books faster than I could read them, so expect plenty of reviews in the coming weeks.

First up, the long-promised reviews of Noble Warriors and Harper's Hall as well as a review of The Glass Maker's Daughter. This will be followed tomorrow by an Illustrated Bibliophile comic on book to film adaptations

Later this week, expect a couple reviews and a new edition of The Stacks. I have several in the works and am debating which will jump to the head of the queue. You'll just have to be surprised this time.

I've also added another list to the sidebar. In addition to the "Currently Reading" list which consists of anything in my "to read" pile, there is the "Recently Finished" list compiled of anything I've read but have yet to review, giving you a better idea of the forecast on this blog.

Many apologies for my absence. I'm very, very pleased to be back.
Posted by Rachel at 12:07 PM

Email ThisBlogThis!Share to TwitterShare to FacebookShare to Pinterest
Labels: On the Shelf