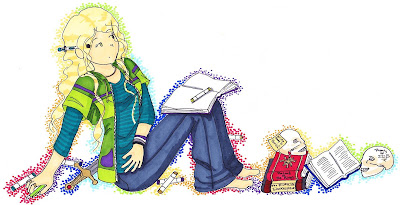 Oh where oh where has the Bibliophile gone?

The answer is somewhat ridiculous. The past six days have gone something like this:

Step Two: Get distracted from pain and life in general by announcement of the Twelfth Doctor.

Step Three: Recover from random hand injury only to contract some sort of stealthy cold of death that doesn't really do anything except give you migraine-like headaches and vertigo and make your face hurt.

Step Four: Spend two days on the couch eating chicken soup, ranting about your grocery store's decision to eliminate the kosher foods section thereby requiring you to drive to six different stores before you find your damn Manischewitz  egg noodles (and other daily staples).  Read four books between rants and soup ingestion.

Step Five: Sit down to update your blog and realize that your aunt, uncle and fourteen year old twin cousins are arriving in under 24 hours and you've been enlisted to clean the house and run errands before they get there because your parents are at work.

So my relatives are arriving in about five to six hours. They move slowly in the mornings though, and I have about seven drafts for new Stacks posts, so I should be able to knock one or two things off while they're here.

Posts will go up in the order in which they are completed.  Now if you'll excuse me, I must go hide from the horrible clashing sounds of my da mowing the lawn and my mum vacuuming.